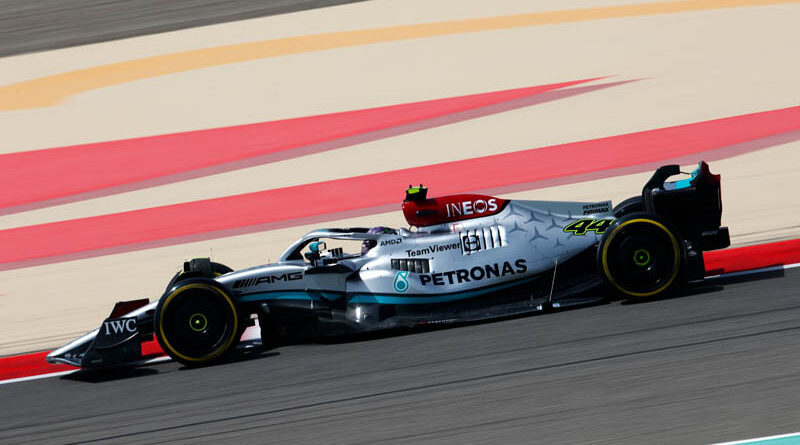 Whilst Mercedes might face possible protests over its approach to the 2022 regulations, Toto Wolff insists he is “really proud” of his team’s solution and confident it is ‘street legal’.

“I think we are really proud of what we have achieved in terms of concept,” the Austrian told the media at today’s official press conference, “but now we need to make it go fast.

“It’s a development direction that we like,” he continued, “it’s about fine tuning the car, so we are experimenting a lot, as we’ve done during the day, and approaching it with curiosity.

“There are issues that are Bahrain-specific,” he added. “It’s very hot, you see a lot of cars still bouncing, some on the straights, others through the corners, so it’s a tuning question. And we haven’t really looked at performance data yet.”

Referring to the sidepods and specifically their legality, he said: “The process is very clear. When you go in a specific development direction that you deem as having the FIA a part of scrutinising it, you are exchanging CAD data. You’re making them part of the process.

“It’s clear that sometimes when you come with an innovation, it creates the kind of debate that we’re having here,” he continued. “That’s why that was expected. We have the new governance with the super majority that’s needed.

“My opinion is that I would have preferred to stay with the old system,” he added, referring to the fact that rules can be ‘adjusted’ during the course of the season with only the agreement of 80% of the teams following a revision of the sport’s governance, “and if a team comes up with an innovation, possibly you can’t take it off the car if it’s compliant with the regulations.

“I think the FIA and Formula 1 will for sure handle that with diligence, in the spirit of the sport. We were keen in not running alone with that, but being in touch with the FIA, that’s why I think it will be okay.”