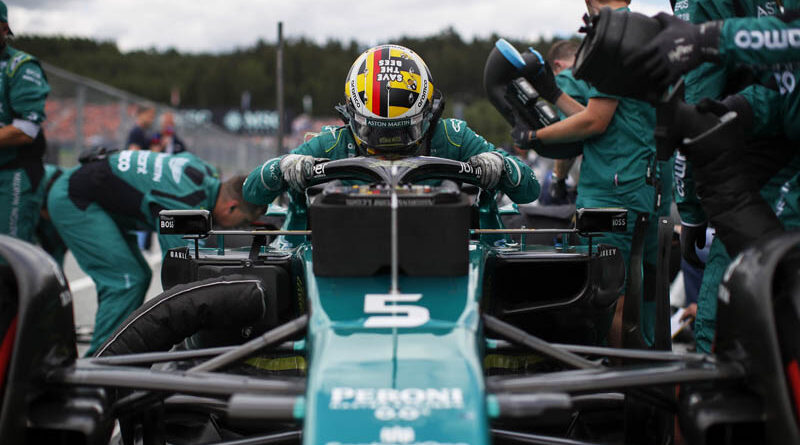 Other than porpoising, another aspect of the sport affected by the rules overhaul is that drivers are breathing in brake dust, and Sebastian Vettel is demanding action.

“To be honest with you, that is something they need to work on because the design of the brake ducts this year, with the front axle, it is blowing all the brake dust into our faces and it is not good,” the German told Sky Sports on Sunday in the moments after the race, his moustache and beard flecked with examples of the offending black dust.

The new for 2022 cars now see residue from the front brakes blown towards the cockpit and rear of the car as opposed to through the wheels, as was previously the case.

In 2005, Mika Salo told Finland’s Ilta-Sanoma that doctors had found large amounts of carbon fibre dust in his lungs following a routine operation.

“If I have this much of it, how much will Michael Schumacher have after driving for ten years more than me?,” he asked.

In 2019, Mercedes driver, Valtteri Bottas, while in Singapore, which was suffering unusually poor air conditions due to forest fires in Indonesia, revealed: “Any time after the race when you sneeze it is black, so year after year, I am not sure what it does to your body. No idea.”

Following Vettel’s comments, the FIA is understood to have put the topic on the agenda for the forthcoming Sporting Advisory Committee meeting.