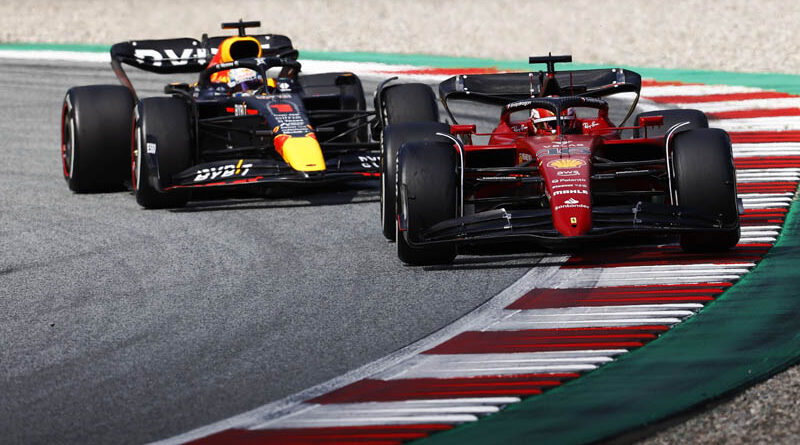 Max Verstappen blames tyre degradation for his inability to fight Charles Leclerc for victory at the Red Bull Ring.

Brushing away, Charles Leclerc’s initial attack, the world champion appeared to be heading towards his seventh win of the season until lap 12, when he was passed by the Ferrari.

By this point, the Dutchman had already been complaining of tyre deg, while neither of the Ferrari drivers had reported similar issues, so on the following lap the Red Bull driver pitted.

Verstappen took the lead once again on lap 28, when first Leclerc and then Sainz pitted, both having extended their opening stints.

In a classic example of ‘rinse, wash, repeat’, the Ferraris were soon able to overhaul him and again when he made his final stop. Indeed, it was only Carlos Sainz’ retirement and Leclerc’s late throttle issue that saved Red Bull’s blushes.

“It was a tricky day,” admitted Verstappen. “Immediately it seemed like we were struggling quite a bit with the tyres, and basically that continued on every single compound.

“It’s something I cannot really explain right now, why it was so high,” he added. “Because I think normally we are quite okay on the tyres.

“I expected it to be tough today, but I didn’t expect it to be like this. So it’s something we need to analyse and understand why this happened today.

“But even on a bad day, let’s say an off day, to only lose five points over the whole weekend is I think still good.”

“Very important points today,” admitted Christian Horner. “Over the two races we have only given away five points with Max so it is not too bad.

“Our pace at the end of the race, we still have the fastest lap, but we didn’t have the range we had yesterday, and that is something we need to understand.

“Max was coming back at the end there but our tyre deg was higher from halfway through the first stint and it was hard to combat that.

“Ferrari just seemed lighter on the tyres. Obviously they had a pace advantage and that gives you more strategic options.”

Check out our Sunday gallery from Spielberg here.