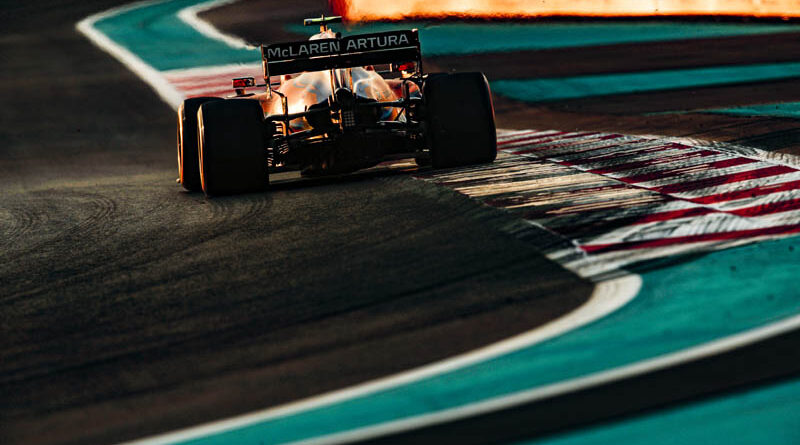 Weeks after the aggressive” kerbs at Losail caused a number of punctures during the Qatar Grand Prix, Pirelli fears those at the Yas Marina are similar.

“They are very similar, they are not exactly the same.” says the Italian manufacturer’s F1 boss, Mario Isola, according to Motorsport.com. “Especially they are quite aggressive at the exit of Turn 5 and Turn 9.

“There are also different kerbs on the apex of the corners, but obviously the apex is different. First of all, because you have the unloaded tyres on the car that are on the apex. And second because the drivers can manage not to run too much on the apex, while I am more worried about the exit kerbs, especially in Turns 5 and 9, that are the most aggressive.

“We saw from free practice both in F2 and F1 that they are running especially over the kerbs and the exit of Turn 9, that is also the turn with the highest speed,” adds Isola who is to raise his concerns with the FIA.

“I’m sure that in qualifying they will use the kerbs and maybe also during the race if they push during the races. So there is this element that we have to consider.

However, he admits that after just one day’s running it is too early to begin making comparisons in terms of safe distances during the race.

“The problem is that we don’t have tyres with the number of laps so that is comparable to the length of a stint during the race. So, we can clearly also increase the number of checks that we do, but sometime, like it was in Qatar, it was not possible to predict what happened on the construction on the tyre, because it happened after several laps.

“Honestly, I’m not an expert on what is possible to do on kerbs, if they can be replaced, or if they can take them out or whatever, I don’t know I rely on the FIA and what they can do.

“So that’s why I think that it’s useful to have a conversation and to highlight what we have found. I was also waiting for additional information coming from running this afternoon up, and then I’m sure that we can find a solution.

“I don’t know what is possible to do now,” he admits. “So clearly, what we have to do is to analyse the tyres to try to understand if there is any potential area of concern, to analyse the data coming from the teams, to compare that with the level of stress that we saw in Qatar, so we have a lot of work to do now.

“And all our findings we share with the FIA, and I’m sure that we can find a good solution that is satisfying for both.”

Check out our Friday gallery from Yas Marina, here.