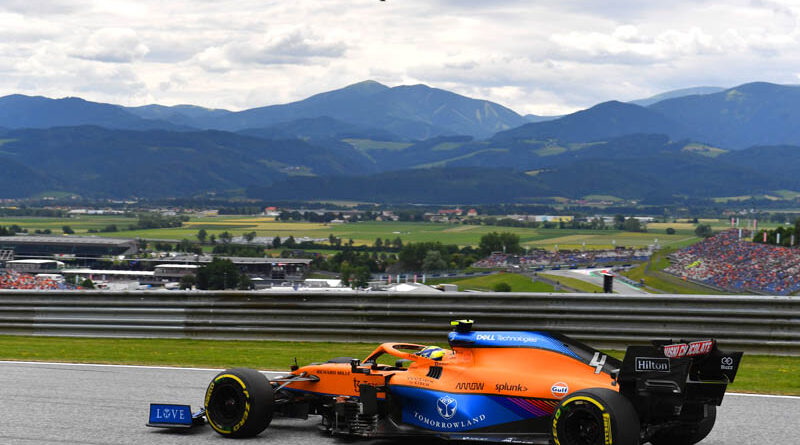 Pirelli has revealed the tyre compounds to be made available for the final three races before the summer break.

For the Austrian Grand Prix weekend, which features the second Sprint of the year, the softest tyres in the Pirelli range will be available; the C3 (hard), C4 (medium) and C5 (soft).

This is essentially the same choice as last year’s Grand Prix, though at the Styria event a week earlier, the range consisted of the C2, C3 and C4.

Due to the short and flowing lap, the performance gaps between the compounds tend to be quite small. The majority of corners are right-handers, but the two most demanding corners are left-handers.

In the past, this has been a one-stop race, apart from the occasions when a safety car has prompted drivers to take a ‘free’ pit stop. However, the softer nomination could push teams closer to a two-stopper.

In France the C2 (hard), C3 (medium) and C4 (soft) are available, the same nomination as last year and essentially 2019 when the race was previously run.

These tyres in the middle of the range are well suited to the varied characteristics of the track, where tyre degradation is generally low. However, Turn 13 is particularly demanding in terms of continuous energy demands on the tyre, as is the Signes corner after the Mistral straight.

Sector three is more about lateral forces than traction and braking, while the rest of the lap is quite balanced, which is one of the reasons why Paul Ricard is a well-known test venue.

The Hungaroring doesn’t place particularly heavy demands on tyres, with the compounds in the middle of the range well-suited to the tight and twisty track, especially if the weather is warm, which it usually is.

A narrow, old-school circuit, the Hungaroring has a non-stop series of corners that means the tyres are constantly working, with no rest.

Overtaking is tricky, and this is an important factor when planning the race strategy, as track position is key.

The high temperatures, alongside the fact that the circuit is situated within a natural amphitheatre, means there’s very little airflow: making the Grand Prix hard work for both the cars and the drivers.