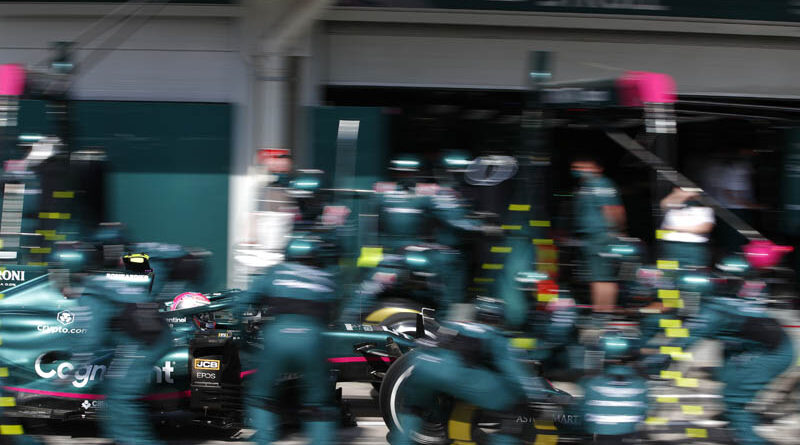 While the majority of races are looking likely to be one-stoppers this season, Pirelli’s Mario Isola believes improved track action will more than make up for this.

Other than the ‘will he, won’t he’ Lewis Hamilton saga, F1 bosses are also no doubt holding their collective breath over the success of this season’s rules overhaul.

The desire to level the playing field and open up the opportunities for podiums, wins and eventually title(s) to more teams has been one of the cornerstones to its efforts ever since Liberty Media took control of the sport in 2017.

Indeed, as it now seeks someone to take the sport off its hands – hopefully for more money than it originally paid – improved racing could be one of the main selling points.

Among the numerous changes is the long-awaited switch to 18-inch tyres, which, we are promised will allow drivers to push harder with less overheating and degradation.

However, that presents its own problem, for less degradation means fewer pit stops indeed, Pirelli is already predicting that the majority of races this season will be one-stoppers.

In recent times, tyre strategy, as teams ponder the undercut or overcut, has become one of the staples on Sunday afternoons, but Pirelli boss, Mario Isola is convinced that if the on-track stuff is as good as anticipated the lack of pit stops won’t make a difference.

“I hope we don’t have less strategic variabilities,” he says, according to Motorsport.com. “The idea and the way in which we have designed the tyres is to continue to have different strategies, with a mix of one and two stops.

“It’s true that with a new product with less degradation, it is possible that we will have less pit stops and the majority of races could be one stop,” he adds. “However, for me, it is not an issue as long as we have good races and action on track.

“If we have drivers that can push for an overtake, and when overtaking is too easy, it’s not good, it is important that drivers are putting a lot of effort in to overtake. That is exactly what spectators want.

“There was a survey made by F1 on that and the majority of feedback is that spectators don’t want easy overtaking, they want action on track and they want fighting.”

Other than that survey, in approaching its task Pirelli sought input from the drivers.

“This tyre is designed in a different way, with different targets,” says Isola. “Drivers are asking for less overheating, and less degradation. They want to push on tyres, they want to fight on track. We decided, and we agreed with the FIA, FOM, and the teams, to follow this direction. So we had to design a new profile, a new construction, optimise the footprint, and design a new range of compounds. It is a complete new product with a new approach.”

Nonetheless, just in case things don’t go to plan and that “new approach” doesn’t work, Pirelli is already planning for 2023.

“I hope we don’t have a lot of difficulties. I believe that we are already planning a 2022 development campaign, as we never stop the development, to be ready in 2023 with an upgraded version. If, for example, this year we find that we have to change, maybe one compound, or the delta lap time is not exactly what we expect, or the level of degradation is not exactly what we expect, we have a back-up plan to be sure that we move closer to the targets, and we achieve the targets for 2023.”

However, like the rest of us, Pirelli is anticipating the coming season and the impact of the various new rules, and Isola remains confident.

“These targets, of delta lap time and degradation and so on, have been decided around the table. So we believe that with these numbers, with the simulation, we have better racing. Yes, maybe less pit stops, but more action on track.

“But these are assumptions that we have to validate on track. And, if for any reason, we need to change something for 2023, we are ready again with these working groups.”