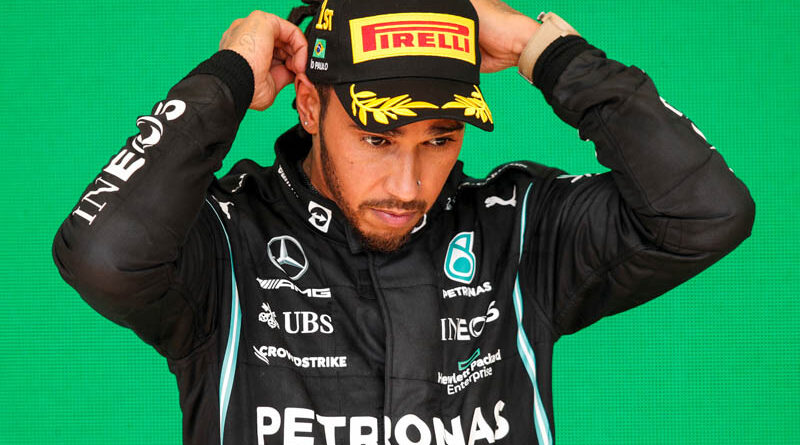 Newly elected FIA President, Mohammed Ben Sulayem has warned that there will be “no forgiveness” for Lewis Hamilton if he breached regulations in not attending the official prize-giving.

Article 6.6 of the Sporting Regulations states that: “The drivers finishing first, second and third in the Championship must be present at the annual FIA Prize Giving ceremony.”

At a time Wolff is questioning if Hamilton will even return to the sport, such is his disgust and disillusionment at last week’s events, the newly elected President of the FIA, Mohammed Ben Sulayem has heaped more pressure on the Briton.

“At the end of the day, rules are rules,” said Ben Sulayem in his first press conference since being elected. “So we are going to look into the side of where the technical rules are there to be employed and was he in breach

“I have to look into it,” he added. “Of course, we’ll have to be also be following our rules, but in the meanwhile, it doesn’t stop us from making a champion feel good about the sport, you know.

“It’s easy to be nice to people and it is cheap to be nice. It’s also to motivate people, but definitely, if there is any breach, there is no forgiveness in this.”

Asked to clarify whether Hamilton could therefore face sanctions, Ben Sulayem replied: “Forgiveness is always there, but rules are rules. And I always say, rules are not made, a human made them and they can be improved and changed by humans. So the rules are there to be improved

“I know Lewis is really sad about what happened,” he continued. “I would say he is broken. But we have to look into if there is any breach. After a few hours now as president, I cannot give answers without going back to the facts.”

Should the FIA deem that Hamilton breached the regulations the most likely outcome is that he would face a fine, though this is still unlikely to sit well with the Mercedes driver following last week’s events.

Referring to the events in Abu Dhabi, which the FIA admits have tarnished the sport, and will therefore be investigated, Ben Sulayem said: “It is a responsibility of me that we forget the past but look into it with improvement.

“We have to be proactive. We have to improve in every aspect. As a driver, I would be so upset for a while but time is a fact that will cool.

“Someone will always get upset,” he added. “I spoke to Toto and he said to me, ‘I am not coming here’. I listened to him. When I listened, he started cooling down.

“We will look into the rules and make sure any situation like this that occurs in the future we will have an instant solution to it. There are so many areas we can improve.”