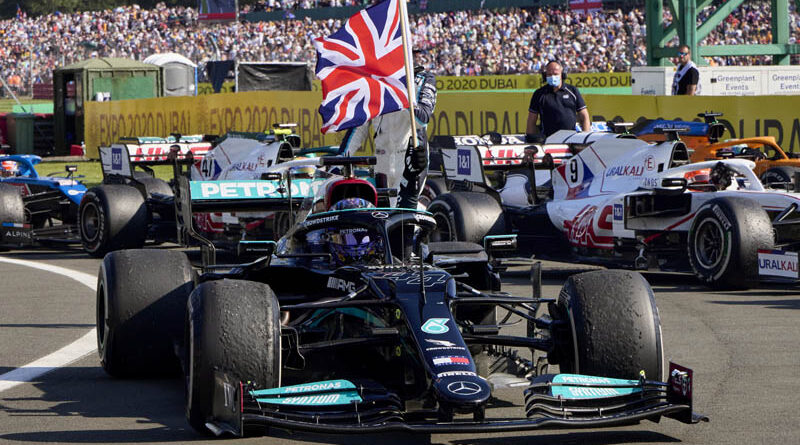 By rights, having won the British Grand Prix on 8 of the last 9 occasions it was held, Mercedes should be heading into the Silverstone weekend feeling quietly confident.

However, that was before the porpoising issue which has plagued the team since pre-season testing, and though there have been signs that the team is on top of the problem, only time will tell.

Seven of those wins came from Lewis Hamilton, who last weekend scored his second podium of the season, prompting fans to wonder; ‘could he, will he?’

In its Canada debrief, technical director, Mike Elliot, while revealing that the team will be taking new components to Silverstone, admits that the W13 isn’t yet at the same pace as the Red Bull and Ferrari.

“One thing you can be sure of is we will push as hard as we can,” he says. “We will be bringing new bits to Silverstone, we will be trying to push the car forward, trying to get some pace from the car we’ve got or from the package we’ve got as well as the new bits we are going to add to it.

“At the same time though we have to be honest with ourselves and say that, at the moment, we are just a little bit behind those front runners in Ferrari and Red Bull. And in a normal race I think it is going to be tough.”

In Montreal, team boss, Toto Wolff admitted confidence that the porpoising issue is solved, though he admitted there remain doubts over the W13’s stiffness, the Austrian believing that the car’s problems are track specific.

“It is more that the ride of the cars is really what causes the comments of the drivers,” he said. The cars are simply all too stiff. The kerb ride is bad, the bump ride is bad and I would say that now, with dissecting this problem, you can tackle it better.

“What we see in the cars is just the stiffness,” he added. “You look at some of the slow motions from the two leading cars and the Alpines, you see that they are bouncing off the kerb in a very hard way. This is what the drivers actually complained about, the stiffness of the car. This is something we need to look at, how we can reduce the impact.

“And of course, the smoother the track, the better,” he continued. “The lower the kerbs, the less we see this phenomenon.”

“Silverstone will be a circuit that suits us a little bit better, like Barcelona did,” says Elliott, “but maybe it will be just a little bit difficult.

Our money’s on Mercedes scoring a 1-2, or at least one of the Silver Arrows standing on the top step of the podium, most likely Hamilton. Not so much because we believe Mercedes is on top of the problem, but rather because that’s what the Netflix script calls for.