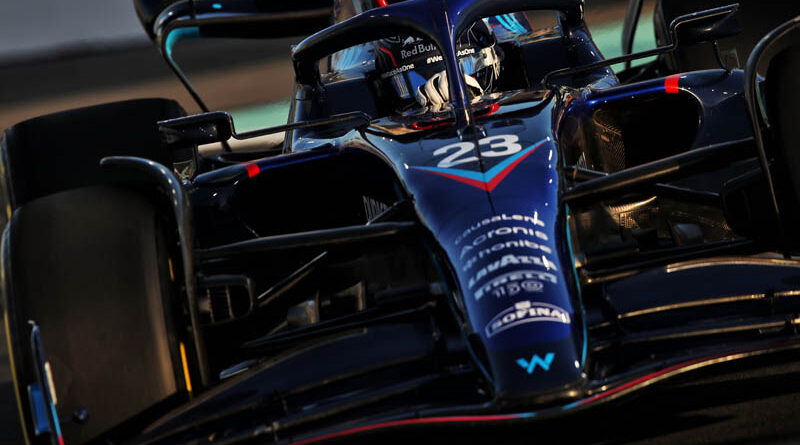 Alex Albon has been handed a grid penalty for the forthcoming Australian Grand Prix for causing a collission with Lance Stroll during the Saudi Arabian Grand Prix.

The pair were battling for 11th position in the closing stages of the Jeddah race when the Williams driver was attempting to overtake the Aston Martin on the inside at Turn 1 by braking late.

In executing the overtaking manoeuvre, the Thai driver locked-up and collided with the Canadian at the apex of the corner. While Stroll finished the race a lap down, Albon was forced to retire.

Nonetheless, the steweards determined that Albon was wholly or predominantly to blame for the collision and handed him a 3-place grid drop for the next race along with two penalty points.

“We were trying to fight our way into the points at the end and I went for the move with Lance,” said Albon. “He made a strong defence and unfortunately, we made contact. We had to retire due to the puncture, but the points were almost there, and we had to go for it.”

“He dive-bombed me,” said Stroll. “I felt like I left room but I’m not exactly sure.”

Check out our Sunday gallery from Jeddah, here.