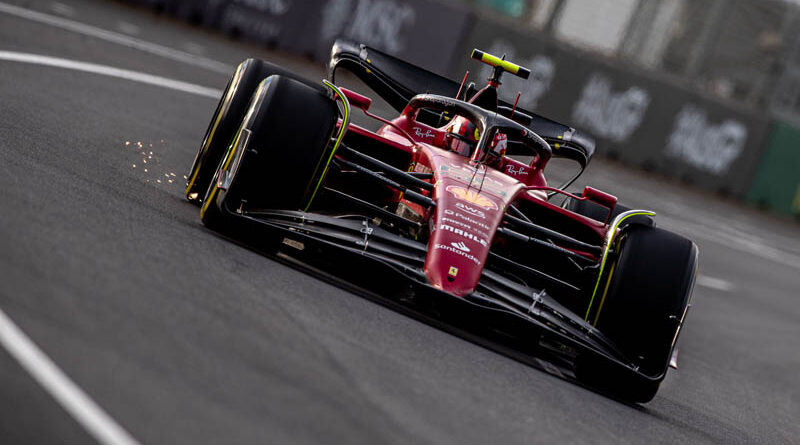 Ahead of the season’s first Sprint, Ferrari boss, Mattia Binotto says the Italian team has no plans to introduce any significant upgrades.

Next weekend’s Emilia Romagna Grand Prix sees the first of this season’s three Sprints, which now feature points for the first eight finishers.

Having won two of the opening races and thereby leading both championships, one might have expected home team Ferrari to be looking to build on its initial success by introducing some upgrades… not so, says Mattia Binotto, who believes the legendary Imola track is “not the right place”.

“It could be a difficult weekend in the respect of bringing updates and trying to evaluate them on the Friday practice,” said the Ferrari boss, “because you need to focus yourself on the qualifying in the afternoon.

“If we look at our ourselves, they will not be much in Imola because, again,” he admitted, “we believe it will not be the right place.”

Despite the Maranello outfit’s blistering start to the season, marred only by Carlos Sainz’ early exit from the Australian Grand Prix, Binotto admits that the F1-75 has issues.

“We try to mitigate the… let me say, the issues we’ve got still so far,” he said. “I’m thinking the porpoising, the bouncing, that has affected our performance over the weekend.

“So we again, try to work on that specific point, but for the upgrades, and more significant ones, it will be for later on in the season.”

Meanwhile, Sainz it is the rules overhaul that has allowed Ferrari to regroup and mount a serious title offence.

“It’s been a few tough years for Ferrari,” he admits, according to Motorsport Week. “And these tough years, we’ve used them to rebuild a bit the team in the internal side of it, to try and make ourselves stronger, become better at what we do.

“We’ve used the regulation change of having to start from zero, and a blank piece of paper, like we’ve done this year, to use this, this improvement in the way we work to put it into practice and suddenly be back at the top.

“I’ve always believed that Ferrari had the right people and the right mind-set to be where we are right now,” he adds. “But we needed a blank sheet of paper because Red Bull and Mercedes with the previous regulations, they just had a very big advantage on the rest of the field. And we felt like that gap was very difficult to cut back without a reset.

“This reset has given us the opportunity and we’ve used it in a very good way.”