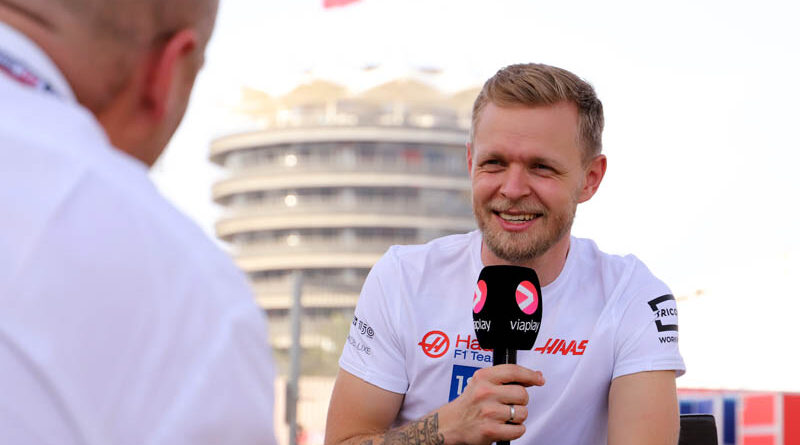 Back on the grid after his F1 career appeared to be over, Kevin Magnussen admits he had no hesitation in accepting Guenther Steiner’s invitation to return to his old team.

If ever there was a fitting example of one door opening as another closed, look no further than Kevin Magnussen, who, convinced that his F1 career was over, finds himself back on the grid following the sacking of Nikita Mazepin.

Back in the paddock today, the young Dane couldn’t stop smiling, scarcely able to believe what was happening.

Though he was looking forward to competing in WEC with Peugeot and IMSA with Chip Ganassi Racing, when the call to return to his former F1 team came there was no hesitation.

“Gunther called me about a week ago,” he told the media in Bahrain today, “and I was just about to go to the US with my family for a holiday before Sebring. I decided to go because I thought ‘let’s see if it happens or not’, I got to Miami and Gunther called back and said, ‘let’s do it’ and so I came back.

“There was a lot of stuff that had to be sorted out,,” he continued, “I was contracted to Peugeot, and with Ganassi, actually I was contracted to race with them at Sebring in the 12 hour race next weekend. But he was super nice to let me out of that deal.”

Having been dumped by Haas in 2020 as the American team brought in a pair of rookies, one might be forgiven that Magnussen might have had doubts about returning to the team with which he had spent four seasons.

“When I left F1, I think I could have stayed in F1 with another team but it would have been messy with a lot of sponsors,” he admitted. “I didn’t really have the motivation. I ran out of motivation to be running at the back. I had only done that for two years, as previous to that I had been in the midfield and that was really fun.

“But those two years were tough from a motivational point of view,” he admitted. “Then I went away, did some other racing and got podiums, pole positions and wins, and that was really fun.

“I was enjoying it and then Gunther called me and ruined all of that,” he laughed.

“I could just feel in my stomach that I want to do to this. I didn’t know that I missed it that much, but when I got the opportunity I was like ‘yeah’.”

Asked about the fact that he is on a “multi-year” deal, he said: “It wasn’t something I said that it has to be, but I was happy it was because it wouldn’t have made sense to come back for one year.

“I’ve tried it, it is not new to me. Coming back properly and Gunther saying how motivated the team are, it feels like they are in good shape and it was just too exciting. I really wanted to do it. I can feel that.”

Check out our Thursday gallery from Bahrain, here.