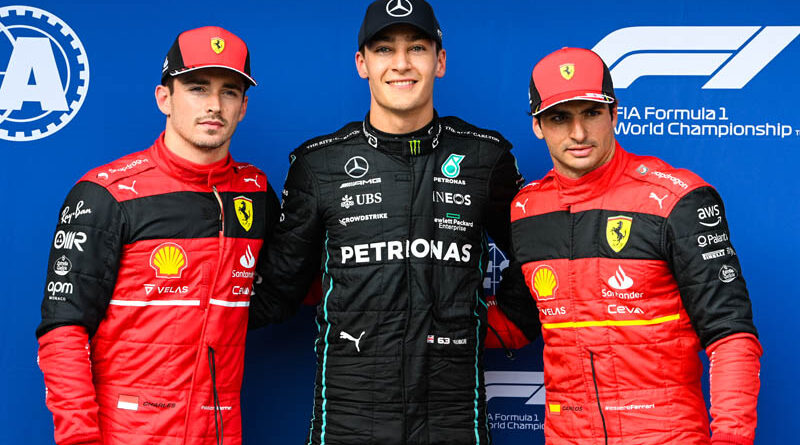 Mercedes driver George Russell took his debut pole at the end of a tense qualifying session at the Hungaroring. Following earlier rain, the track dried in time for the start of qualifying at 4pm CET, with all the drivers using the P Zero Red soft tyre from start to finish.

Conditions were cool throughout the day, but warmed up slightly during the qualifying hour, with the session ending in 24 degrees ambient and 33 degrees of track temperature.

The FP3 session was held in wet conditions, topped by Williams driver Nicholas Latifi on the intermediates in the closing stages.

The Pirelli Pole Position Award was presented by nine-time Le Mans winner Tom Kristensen from Denmark, a former single-seater racer who went on to become the king of endurance racing.

The 70-lap Grand Prix could be either a one-stopper or a two-stopper. With cooler weather tomorrow, yesterday’s practice running suggests that the soft could be a viable race tyre, as part of either a one-stop or a two-stop strategy. A one-stopper could be soft to hard, or medium to hard (which requires a bit less management over the opening stint). Most drivers will probably stop only once, in order to safeguard track position.

But a two-stopper is also a good option, very close to a one-stopper in terms of overall time. The obvious two-stopper would be soft-medium-medium, but soft-medium-soft is another interesting option – with the cars much lighter towards the end of the race.

Mario Isola: “Congratulations to George for his first pole: he put together an ideal lap at exactly the right moment to secure a P1 start tomorrow. Today hasn’t been easy with the changing conditions: although it was dry for qualifying, tomorrow’s weather is still uncertain, with cool conditions expected again. With the track ‘reset’ as a result of the earlier rain, we saw a lot of track evolution during qualifying, which meant that setting a fast lap at the last possible moment was key to getting a good time.”

Check out our Saturday gallery from the Hungaroring here.