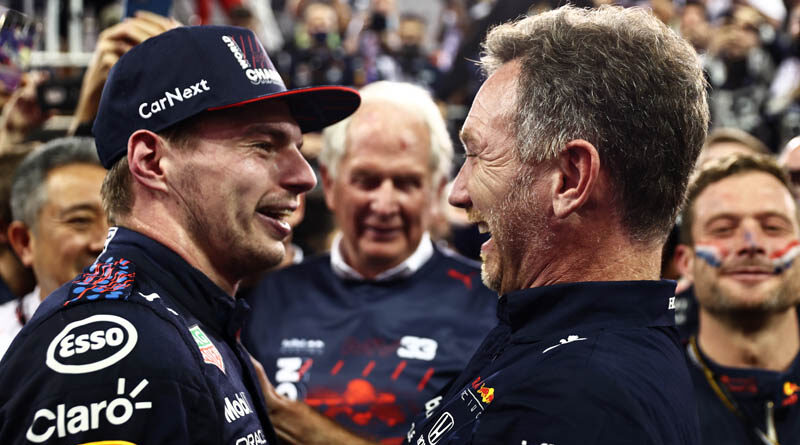 Red Bull boss, Christian Horner is confident that his team’s focus on the 2021 titles has not compromised its 2022 hopes.

In the end, even Mercedes switched focus as F1 looked ahead to one of the biggest rules overhauls in living memory.

However, Red Bull in its determination to win both titles for the first time since 2013, continued to pour resources into its 2021 effort.

Other than the need to judge the exact point at which resources could be switched teams were further compromised by the restrictions of the budget cap.

While the likes of Haas, which, in all honesty, didn’t have a hope in hell of improving its 2021 position could switch focus to 2022 almost from the outset, in it fierce, season-long battle with Mercedes, Red Bull understandably faced a tough call.

Though he remains confident that Bahrain will not see his team caught on the back foot, Christian Horner admits that he could be wrong.

“Well, when Ferrari turn up with the fastest car and smash us out of the park at the first race, then you’ll have to say that probably did,” joked the Briton, before adding: “I think that we’ve all known that big regulation changes coming for 2022 and we’ve applied our resources accordingly.”

“We made very clear from very early on, we took the decision to switch to 2022,” said the Frenchman. “We were hoping at the time, because we are quite distant from McLaren, which is early on in the season, we were hoping that we would be able to fight eventually for the third place.

“But we had chosen to make zero compromise for 2022,” he added. “The only development we had in the second half of the year was the hybrid, which again is something we’ll use for next year.”

“Each team has done what they feel is right,” says Horner. “Of course, it’s put pressure on the organisation, but that’s where I think the team have been outstanding because to keep a development rate on a new set of regulations, and keep a focus on this year’s 2021 car has taken monumental effort.