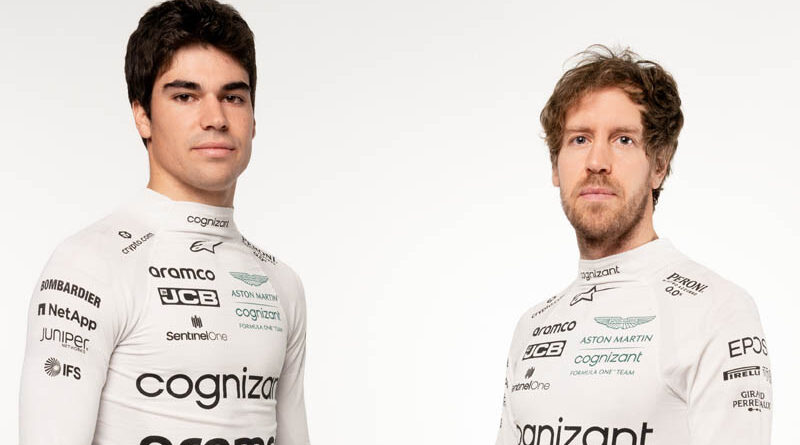 Formula One’s bold new era has arrived. In Bahrain, a radical new technical template aimed at better, closer racing will be put to the test for the very first time. And the fast and flowing Bahrain International Circuit is the perfect venue to kick off proceedings.

Sebastian Vettel: “These new Formula One cars are so incredibly different to their predecessors. We’ve spent the past weeks learning as much about them as we can and I’m looking forward to racing a ground-effect car for the first time this weekend. Everything is new in Formula One and I think we’re looking at a very tight battle, and some very close gaps, between all the teams. There’s a lot to play for – and that’s F1 at its best.”

Lance Stroll: We may have just finished testing in Bahrain, but this weekend is a real step into the unknown, which is so exciting. I can’t wait to jump into the AMR22 and begin to find out where we are relative to the other teams. We’ll be learning every lap of the season and I’m expecting an intense development race this year. For a driver, it’s awesome to play your part in such a big season of change.”

There are several new factors for the team to consider for 2022. New regs means all drivers now have a free choice of starting tyre compound, potentially opening up more strategic variance. Pirelli has also opted to go one step harder in its allocation compared to last year’s race, bringing the C1, C2 and C3.

It’s not just tyre shake-ups that could influence the race’s direction because Bahrain is prone to early and late Safety Car periods. A Safety Car interruption has happened in each of the last five Bahrain Grands Prix, occurring within the opening or final five laps in four of those events.

These new cars appear to be able to follow more closely through corners but benefit less from the slipstream along the straights. Bahrain’s three DRS zones should therefore prove beneficial. In 2021, there were 55 overtakes following the first lap. A key focus for engineers early in the season will be analysing the difference in overtaking compared to previous campaigns.

Two key corners can make or break a lap around the Bahrain International Circuit.

The first corner is crucial: blasting down a 1.2km straight, the 120m braking zone is particularly long, with drivers needing to shed roughly 241km/h (150mph). Getting the approach right is essential as it has a knock-on to Turns Two and Three and, in many cases, can set up a pass into Turn Four. This is arguably the busiest part of the lap.

Turns 9-10 may look straightforward, but this combo is one of the most challenging corners on the whole calendar. Turn Nine is a flat-out kink, which reduces the load on the left-front tyre, but Turn 10 arrives quickly and requires plenty of mechanical grip. With the heavier, ‘lazier’ cars, expect to see lots of understeering moments at the exit.