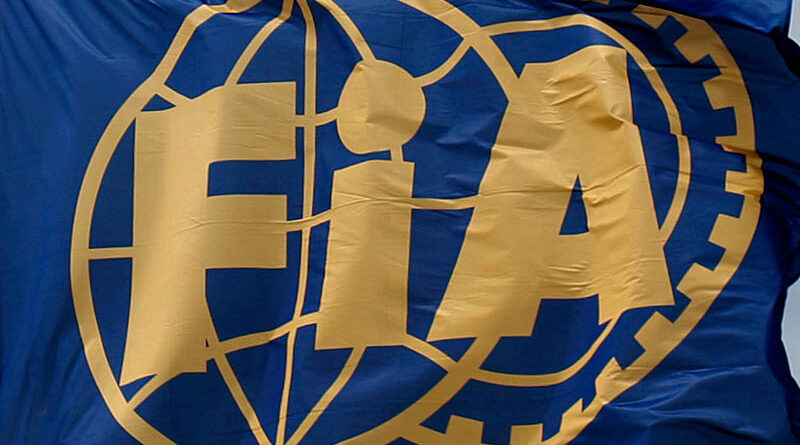 The World Motor Sport Council has approved the power unit regulations for Formula One for 2026, whilst also confirming changes to the 2022 and 2023 technical regulations.

The FIA World Motor Sport Council has today approved the regulations for the 2026 Formula 1 Power Unit (PU) Regulations that will apply to the PUs to be developed and utilised from the 2026 season of the FIA Formula One World Championship.

These regulations are the result of extensive research and development by the FIA, as well as collaborative consultation between the FIA and both incumbent and potential new PU manufacturers. The package includes Technical, Sporting and Financial Regulations.

The 2026 PU Regulations underline the FIA’s ongoing commitment to innovation and sustainability and come at a time of significant growth for Formula 1.

“The FIA continues to push forward on innovation and sustainability, across our entire motor sport portfolio,” said FIA President, Mohammed Ben Sulayem, “the 2026 Formula 1 Power Unit Regulations are the most high-profile example of that mission.

“The introduction of advanced PU technology along with synthetic sustainable fuels aligns with our objective of delivering benefits for road car users and meeting our objective of net zero carbon by 2030. Formula 1 is currently enjoying immense growth and we are confident these Regulations will build on the excitement our 2022 changes have produced.

“I want to thank all of the FIA management and technical staff involved in this process for their diligence and commitment in working together with all of our Formula 1 stakeholders to deliver this. I also want to thank our WMSC members for their consideration and approval of these regulations.”

The four key pillars of the 2026 framework are:

Environmental sustainability – the 2026 Power Unit will include an increase in the deployment of electrical power to up to 50% and utilise a 100% sustainable fuel.

Financial Sustainability – Financial Regulations regarding the Power Units will reduce the overall costs for competitors whilst retaining the cutting-edge technological showcase that is at the core of Formula 1.

Attractive to new Power Unit Manufacturers – the regulations are intended to make it possible and attractive for newcomers to join the sport at a competitive level.

The World Motor Sport Council also approved several changes to the 2022 and 2023 F1 Technical Regulations to address two key safety concerns, the phenomenon of vertical oscillations (“aerodynamic porpoising”), and the safety standards for the roll hoops.

“Safety is absolutely the highest priority for the FIA,” said BEn Sulayem, “and we have devoted significant time and resources to the analysis and resolution of the issue of porpoising. I have personally discussed this matter with all of the teams and drivers, and while of course there are some differences in opinion owing to varying competitive positions, it is very clear that the FIA has a duty to act and ensure that the drivers are not put at undue risk of injury as a result of this phenomenon.

“It was evident that an update to the requirements for the roll hoops was needed after the crash of Zhou Guanyu at Silverstone, and while this incident showed us all how remarkable the safety systems in Formula 1 are, it also proved once again that we must continue to innovate and pursue safety matters without compromise.”

The following is a summary of these two issues and the associated regulatory updates to address them:

The phenomenon of vertical oscillations (“aerodynamic porpoising”), combined with low ride heights and minimal rake have been a noted characteristic of the new generation of Formula 1 cars, introduced in 2022, and has been discussed several times in the Technical Advisory Committee meetings. The appearance of this phenomenon raised concerns about safety and the health and wellbeing of the drivers.

While the effect of this phenomenon has been less pronounced on some recent circuits, the FIA believes that its occurrence, and the associated safety issues, will remain and potentially become even worse in the future.

The FIA has consulted extensively with the teams and has come to a final position as follows:

From the Belgian Grand Prix, the FIA will be measuring the phenomenon and expecting teams to operate below a certain threshold in order for their car to be considered safe. In addition, the following measures are approved for 2022 and 2023:

Central Floor Flexibility – changes to re-define the stiffness requirements of plank and skids around the thickness measurement holes.

The floor edges will be raised by 15mm.

The Diffuser throat height will be raised, while care has been taken to avoid any impact on the teams’ designs of the mechanical components.

The diffuser edge stiffness will be increased.

An additional sensor will be mandated to monitor the phenomenon more effectively.

One item that was highlighted was the performance of the roll hoop, which came off the chassis during the accident. The key findings were:

That the pointed top of the roll hoop dug into the tarmac, which contributed to the high horizontal force which led to it breaking off.

That the wording, as currently in the regulations, allows teams to homologate their roll hoops with forces acting through a lower point than intended. This can lead to the roll hoop resisting forces that are lower than originally intended by the regulations.

That a significant increase in roll hoop strength should be implemented in Formula 1.

Following a review of the above information, the World Council approved these changes to the 2023 Formula 1 Technical Regulations:

A change to require a rounded top of the roll hoop, which will reduce the chance of it digging into the ground during an accident.

A change to ensure a minimum height for the point of application of the homologation test.

Creation of a new physical homologation test where the load pushes the roll hoop in the forward direction.

Definition of new tests to be carried out by calculation.

As a medium-term objective, for 2024, the intention is to proceed to a significant overhaul of the roll hoop tests to ensure that cars in the future resist significantly more severe loads.